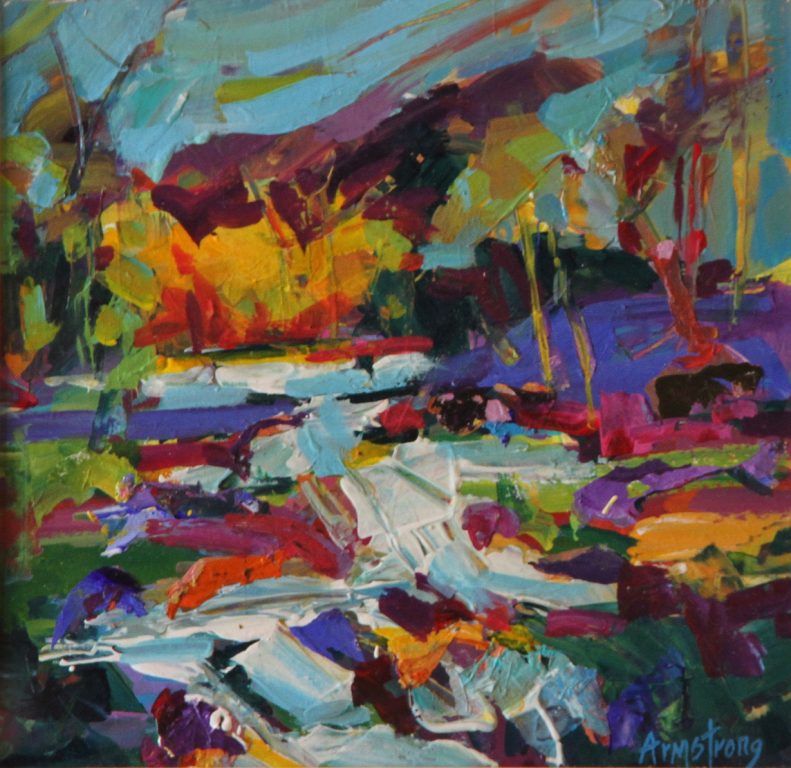 A Greenville, SC native, Randolph Armstrong had early interest in art, which began in grammar school and continued with private lessons during high school.  She continued in her studies at Converse College and the University of South Carolina and by attending numerous regional workshops and studies at the Greenville Museum of Art.

Wide community commitment is an important part of the life.  She is a Presbyterian Church Deacon, founder and 1st President of the Friends of the Zoo, Past President of the Junior League of Greenville, SC, founder and coordinator of the Survivors of Suicide, (support group for those who have lost loved ones to suicide), member of the Upstate Visual Arts, Signature Member of the National Watercolor Society, South Carolina Watermedia Society and the Georgia Watercolor Society.